Wim Verbei, Amsterdam, Netherlands, has been active in blues music circles for several decades. He was editor-in-chief of Mr. Blues, the first Dutch-language magazine about blues, and longtime editor of the prominent Dutch music magazine Oor (Ear). He has been producing a series of articles for the quarterly Block Magazine called "de Bluesbibliotheek" ("The Blues Library"), the bibliography and critical review of every book ever written on blues music.

Scott Rollins, Amsterdam, Netherlands, has been a cultural entrepreneur for more than forty years. He has published three volumes of poetry and is the translator of The Music of the Netherlands Antilles: Why Eleven Antilleans Knelt before Chopin's Heart from University Press of Mississippi. 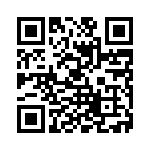