N. Megan Kelley, Calgary, Alberta, Canada, is an independent scholar with a PhD in American history from York University. 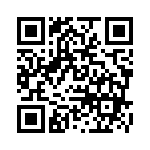