Joel Nathan Rosen, Allentown, Pennsylvania, USA is associate professor of sociology at Moravian College in Bethlehem. He is coeditor of A Locker Room of Her Own: Celebrity, Sexuality, and Female Athletes; Fame to Infamy: Race, Sport, and the Fall from Grace; and Reconstructing Fame: Sport, Race, and Evolving Reputations, all published by University Press of Mississippi.

Maureen M. Smith, Richmond, California, USA is a professor in the Department of Kinesiology and Health Science at Sacramento State University. 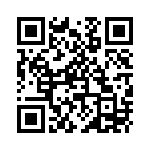