Robert Sacrť worked in Africa in the 1960s and ?70s, where he took an interest in Western African music and the roots of African American music. Since 1983, he has taught the Story of African American Music & Literature at the University of LiŤge. He has conducted field trips nearly every year since 1975 to the US, researching blues, R&B, black gospel, and folk styles. He is author of articles in journals of musicology, entries in blues and gospel encyclopedias, and books for many publishers in America and abroad. 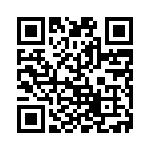