Timo Mueller, Augsburg, Germany, is assistant professor in the Department of American Studies at the University of Augsburg. He is author of The Self as Object in Modernist Fiction: James, Joyce, Hemingway and the coeditor of English and American Studies: Theory and Practice and Literature, Ecology, Ethics: Recent Trends in Ecocriticism. He has published articles in various English and German journals, including American Literature, Arizona Quarterly, and Twentieth-Century Literature. 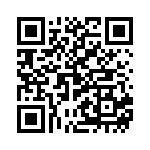