Jenny M. Luke worked as a British-trained nurse-midwife before earning advanced degrees in history from the University of Texas at Arlington. She lives in North Texas with her husband and has two grown children. 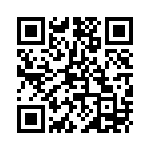