Bala James Baptiste is associate professor of mass communications and chair of the Division of Communications at Miles College. His research concerns the intersection of African Americans, mass media, and history. 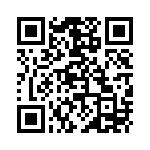