"Immobility is not absence of movement but absence of any prospect of movement." The above observation lies three-quarters of the way through The Bathroom, just before the quasi-authorial ruminations ... Read full review

A young Belgian researcher in Paris strains his relations with his girlfriend and parents by remaining in his apartment bathroom. He emerges into the apartment itself, then bolts to Venice, where he ... Read full review

Jean-Philippe Toussaint is the author of nine novels, and the winner of numerous literary prizes, including the Prix Decembre for "The Truth about Marie". His writing has been compared to the works of Samuel Beckett, Jacques Tati, the films of Jim Jarmusch, and even Charlie Chaplin.

Nancy Amphoux has translated many books, including The Wind from America by Claude Manceron, Tolstoy by Henri Troyat, and Cambodia Year Zero by François Ponchaud.

In addition to his work as a translator, Paul De Angelis has been anEditor, Editorial Director, or Editor-in-Chief at such publishinghouses as St. Martin's Press, E.P. Dutton, and Kodansha America. 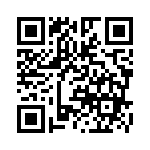