AFTER THE TALL TIMBER: Collected Nonfiction

A collection of articles by an outspoken writer.Vanity Fair contributing editor Michael Wolff (The Man Who Owns the News: Inside the Secret World of Rupert Murdoch, 2008, etc.) gathers 20 pieces of ... Read full review

Renata Adler was born in Milan and raised in Connecticut. She received a B.A. from Bryn Mawr, an M.A. from Harvard, a D.d'E.S. from the Sorbonne, a J.D. from Yale Law School, and an honorary LL.D. from Georgetown. Adler became a staff writer at The New Yorker in 1963 and, except for a year as the chief film critic of The New York Times, remained at The New Yorker for the next four decades. Her books include A Year in the Dark (1969); Toward a Radical Middle (1970); Reckless Disregard: Westmoreland v. CBS et al., Sharon v. Time (1986); Canaries in the Mineshaft (2001); Gone: The Last Days of The New Yorker (1999); Irreparable Harm: The U.S. Supreme Court and the Decision That Made George W. Bush President (2004); and the novels Speedboat (1976, Ernest Hemingway Award for Best First Novel) and Pitch Dark (1983), both available as NYRB Classics.

Michael Wolff, currently a contributing editor at Vanity Fair and a columnist for The Guardian, USA Today, and British GQ, is one of the most prominent journalists and pundits in the nation. He has written numerous best-selling books, including The Man Who Owns the News: Inside the Secret World of Rupert Murdoch, Burn Rate, and Autumn of the Moguls. He appears often on the lecture circuit and is a frequent guest on network and cable news shows. 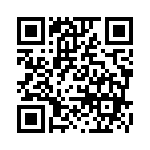