A must read for every recreational and commercial fisherman. A true reflection of the state of our Atlantic fishery. There is still time to positively impact the health and enjoyment of our Atlantic ocean and bays. Read full review

In reading Mr.Franklin's book,I found out very quickly that he is very much anti-commercial.That's an opinion and he's welcome to it I guess.I was very disappointed in his research.My 13 year old son did a better job on a recent paper that he did for elementary science.Most of the scientific information was taken from other peoples hard work and research.I asked him recently about his field research and he said " I've never been on a Menhaden boat,nor have I ever interviewed anyone in the business."That was very obvious as I read further into the book.I did my own research on this subject and have come to the conclusion that Mr.Franklin wrote this book in 2001 along about the time Menhaden was becoming a big political issue on the East coast.This book is one sided and full of misinformation.I would recommend saving your money on this one.I can recommend a much better book that covers the truth and science of this important little fish."All the Men Singing" by well renowned author,John Frey.

Page 10 - They assert that the sea there is swarming with fish, which can be taken not only with the net, but in baskets let down with a stone, so that it sinks in the water.
Appears in 56 books from 1912-2007

H. Bruce Franklin is the John Cotton Dana Professor of English and American Studies at Rutgers University-Newark. He has authored or edited eighteen books, including War Stars: The Superweapon and the American Imagination, M.I.A. or Mythmaking in America, Prison Writing in Twentieth-Century America, and Vietnam and Other American Fantasies. Franklin has lectured widely and his hundreds of articles and reviews have appeared in publications including The Atlantic Monthly, The New York Times, Science, The Nation, and Discover. 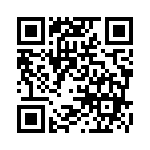