F. Kaid Benfield is an environmental attorney and the Director of smart growth and transportation policy for the A href="http://www.nrdc.org/"Natural Resources Defense Council in Washington, DC. He has also served the organization as Director of its Land Program, Director of its forestry and agriculture projects, and Legal Affairs Coordinator. Prior to coming to NRDC, Kaid worked at the U.S. Department of Justice and in private legal practice. He is a graduate of Emory University and Georgetown University Law Center and the author of numerous publications related to environmental law and policy, including the books Once There Were Greenfields: How Urban Sprawl Is Undermining America's Environment, Economy and Social Fabric (with Matthew D. Raimi and Donald D. T. Chen, 1999) and Reaping the Revenue Code: Why We Need Sensible Tax Reform for Sustainable Agriculture (with Justin R. Ward and Anne E. Kinsinger, 1989). He is a Cofounder of the national coalition Smart Growth America and a member of several steering committees and boards related to smart growth and transportation policy.
Jutka Terris is an urban planner living in Alexandria, Virginia. As this book was being researched and drafted, she worked on smart growth and transportation policy for the Natural Resources Defense Council in Washington, D.C. Prior to her work at NRDC, she was National Field Director for 20/20 Vision, a grassroots environmental and peace advocacy organization. Jutka also worked on urban environmental issues during service with AmeriCorps/Neighborhood Green Corps. She holds a joint masters degree in public policy and urban planning from the Kennedy School of Government at Harvard University and a B.A. in Cultural Anthropology from Grinnell College.
Nancy Vorsanger is a writer and editor living in New York City. As a staff member and consultant for NRDC and other nonprofit groups, she has produced magazine and web articles, books, and newsletters on environmental, educational, and criminal justice topics. Nancy has an M.A. from Columbia University and a B.A. from Williams College.
Parris N. Glendening is the governor of Maryland. He was educated at Florida State University, where he received a bachelor's degree in 1964, a master's degree in 1965, and a doctorate in political science in 1967. Following graduation, he joined the faculty of the University of Maryland, a position he held for twenty-seven years. His textbooks on government and politics have been used in more than 400 colleges. He has held numerous city and county offices and is now chairman of the National Governors' Association. In 1999 he received several awards for Maryland's nationally recognized smart-growth program, including the National Trust for Historic Preservation Honor Award and the Maryland Chapter of the American Planning Association's Outstanding Leadership Award. 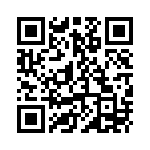