Selwyn R. Cudjoe is professor of Africana studies at Wellesley College. He is the author of Beyond Boundaries: The Intellectual Tradition of Trinidad and Tobago in the Nineteenth Century, among other books, and his work has appeared in Trinidad and Tobago Review, Callaloo, New Left Review, Harvard Educational Review, and Essence. 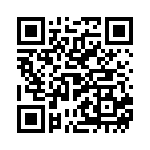