Steffen Hantke has written on contemporary literature, film, and culture. He is author of Conspiracy and Paranoia in Contemporary Literature and Monsters in the Machine: Science Fiction Film and the Militarization of America after World War II, as well as editor of Horror Film: Creating and Marketing Fear and American Horror Film: The Genre at the Turn of the Millennium. 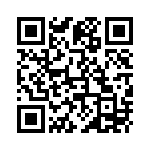