Ann Charters is professor emeritus of English at the University of Connecticut, where she taught for more than thirty years. She is the author and editor of numerous books on writers of the Beat Generation, including Beat Down to Your Soul: What Was the Beat Generation?, The Portable Beat Reader, and Kerouac: A Biography. Samuel Charters (1929-2015) was an eminent historian of jazz and blues music and author of the award-winning The Roots of the Blues and numerous other titles. He was also a Grammy-winning record producer, musician, poet, and fiction writer and was inducted into the Blues Hall of Fame in 1994. 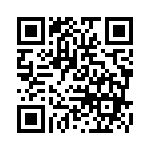