Saverio Giovacchini, College Park, Maryland, a cultural and intellectual historian, is associate professor of history at the University of Maryland, College Park. He is the author of Hollywood Modernism: Film and Politics in the Age of the New Deal.

Robert Sklar, New York, New York, a film historian and critic, is professor emeritus of cinema at Tisch School of the Arts, New York University. He is author of the prize-winning film history books Movie-Made America: A Cultural History of American Movies and Film: An International History of the Medium, as well as several other books. 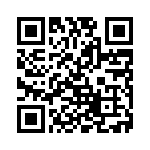