Wayne Dawkins is associate professor at Morgan State University in Baltimore, Maryland. A former newspaper reporter and editor, he is author of Rugged Waters: Black Journalists Swim the Mainstream and Black Journalists: The National Association of Black Journalists Story, as well as a contributor to Black Voices in Commentary: The Trotter Group and My First Year as a Journalist. He is also author of Emanuel Celler: Immigration and Civil Rights Champion, published by University Press of Mississippi. 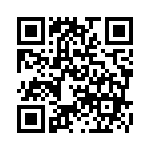