David Roche is professor of film studies at the Paul Valéry University of Montpellier. He is author of Making and Remaking Horror in the 1970s and 2000s: Why Don?t They Do It Like They Used To? and Quentin Tarantino: Poetics and Politics of Cinematic Metafiction, and editor of Conversations with Russell Banks, all published by University Press of Mississippi. 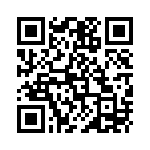