am looking for a donor

J. E. Smyth is associate professor of history and comparative American studies at the University of Warwick (United Kingdom). She is the author of Reconstructing American Historical Cinema from ""Cimarron"" to ""Citizen Kane"" and Edna Ferber's Hollywood: American Fictions of Gender, Race, and History and is the editor of Hollywood and the American Historical Film. 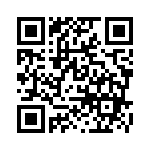