Jason Edward Black is an associate professor in rhetoric and public discourse and an affiliate professor in gender and race studies at the University of Alabama at Tuscaloosa. He is the coeditor of An Archive of Hope: Harvey Milk's Speeches and Writings and Arguments about Animal Ethics. His work has appeared in such journals as Quarterly Journal of Speech, Rhetoric and Public Affairs, American Indian Quarterly, and American Indian Culture and Research Journal. 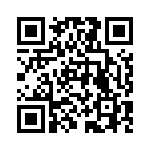