Tammy L. Brown is assistant professor of history and black world studies at Miami University of Ohio-Oxford. Her work has appeared in Southern Cultures, American Studies Journal, and Callaloo. 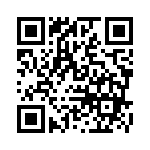