John Minton is professor of folklore at Indiana University-Purdue University Fort Wayne. He is also a musician, songwriter, and the author of ""The Coon in the Box"": A Global Folktale in African-American Tradition (with David Evans) and ""Big 'Fraid and Little 'Fraid"": An Afro-American Folktale. 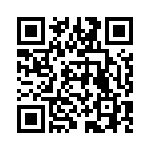