Terry Pratchett, April 28, 1948 - Terry Pratchett was born April 28 1948 in Beaconsfield, Bucks County. In 1959, he attended High Wycombe Technical High School rather than the local school because he felt 'woodwork would be more fun than Latin.'His short story "The Hades Business" was published in the school magazine when he was thirteen, and commercially when he was fifteen. Having got five O-levels and started A-level courses in Art, History and English, he decided after the first year to try journalism. But then a job opportunity presented itself with the Bucks Free Press, and Pratchett left school in 1965. While with the Press he took the National Council for the Training of Journalists proficiency class and also passed an A level in English while on day release. Pratchett had written a book called "The Carpet People" which was published in 1971. "The Carpet People" was followed by "The Dark Side of the Sun" in 1976 and "Strata" in 1981. He left the Bucks Free Press and started work for the Western Daily Press on September 28, 1970, he returned to the Press in 1972 as a sub-editor, and on September 3, 1973 joined the Bath Chronicle. At this time, he had also produced a series of cartoons for the monthly journal, Psychic Researcher, describing the goings-on at the government's fictional paranormal research establishment, 'Warlock Hall'. In 1980 Pratchett was appointed publicity officer for the Central Electricity Generating Board with responsibility for three nuclear power stations, where he was working when the first of the Discworld novels "The Colour of Magic," was published, in 1983. Pratchett's paperback publisher at the time was New English Library, who had published "The Dark Side of the Sun and Sourcery." "The Light Fantastic" was published in 1986, and Pratchett decided that he had to move to a major publishing house. He chose Gollancz, and they considered taking Pratchett onto their SF list, although they had never published fantasy before, only traditional SF, and struck a co-publishing deal for three titles, "Equal Rites", "Mort" and "Sourcery." In September 1987, soon after he had finished writing "Mort," Pratchett decided that he could afford to devote himself to full-time writing. His books for young readers, Truckers, the first volume of what is known in the USA as the Bromeliad Trilogy, was a landmark publication, becoming the first children's book to appear in the British adult paperback fiction best-seller lists. It was followed by "Diggers," "Wings," the revised version of "The Carpet People," and all three Johnny Maxwell books. Pratchett has also written a number of short stories, three of which have Discworld themes. He was appointed as an Officer of the Order of the British Empire in the Queen's 1998 Birthday Honours List in June, 'for services to literature'. In July 1999 he received an honorary Doctorate of Literature (D.Litt.) from the University of Warwick and granted doctorates of the Unseen University to Ian Stewart and Jack Cohen, co-authors of "The Science of Discworld," which had been published the previous month, and in 2001, one from the University of Portsmouth. 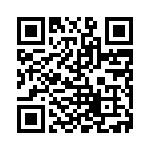