First read this book when it was published, and remember enjoying it immensely. Less enthused now, but it's a fun read. I remembered a few things from the earlier reading, but didn't really remember ... Read full review

An awful bomb exploding in my brain...make it stop...make it stop! So I did just that. I took it to the used book store as a trade in. They didn't want it either. Read full review 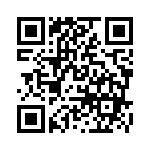