A fantasy book with a large and popular following. I listened to about an hour of the 34 hour book #1--several tries at it. It just was not my kind of book. So, it makes little sense to read book four ... Read full review

The saga continues: This book concentrates on the happenings at King's Landing, Dorne, and the Riverlands. Tommen is king but Cersei rules. Margaery Tyrell tries to undermine her. Jaime is waking up ... Read full review

George R.R. Martin is the author of fourteen novels, including five volumes of A SONG OF ICE AND FIRE, several collections of short stories and numerous screen plays for television drama and feature films. He lives in Santa Fe, New Mexico. 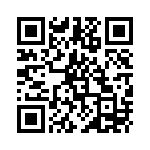