As Philip Sassoon was, Damian Collins is the Member of Parliament for Folkestone and Hythe. Damian read modern history at the University of Oxford and has served as a parliamentary private secretary in the coalition government. His business career before politics was at the M&C Saatchi advertising agency, and he is a co-founder of the Conservative Arts and Creative Industries Network. 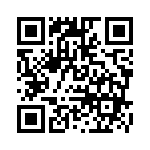