Carl Degler writes history with flair, and his spirited and readable topical history of the United States, Out of Our Past (1959), has long been a favorite among college students and general readers. In 1972 another of his works, Neither Black nor White (1971), won the Pulitzer Prize in history and the Bancroft Prize and was co-winner of the Beveridge Prize. Born in Orange, New Jersey, Degler matriculated at Upsala College and received his Ph.D. from Columbia University in 1947. He taught at Hunter College, New York University, and City College of New York before joining the faculty of Vassar College in 1952. Sixteen years later he moved on to Stanford University, where he was Margaret Byrne Professor until his retirement in 1990. In 1973 and 1974 he was Harmsworth Professor at Oxford University. He served as president of the American Historical Association from 1958 to 1986 and the Organization of American Historian 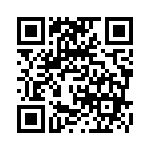