In his second novel, Christos Tsiolkas (Loaded) searches for the roots of a family's melancholy and fatalism. The Jesus Man is set mainly in the outereastern suburbs of Melbourne between the fall of ... Read full review

Christos Tsiolkas is the author of four novels- Loaded (filmed as Head-On) The Jesus Man and Dead Europe, which won the 2006 Age Fiction Prize and the 2006 Melbourne Best Writing Award. The Slap won the Commonwealth Writer's Prize 2009 and was shortlisted for the 2009 Miles Franklin Literary Award and the ALS Gold Medal. He is also a playwright, essayist and screen writer. He lives in Melbourne. 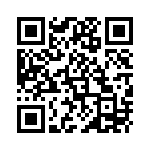