R. Paul Singh is a distinguished professor of food engineering at the University of California, Davis. The American Society of Agricultural Engineers (ASAE) awarded him the Young Educator Award in 1986, the Kishida International Award in 2007, and the Massey Ferguson Education Gold Medal Award in 2013. In 2007, Singh was recognized with a Food Engineering Lifetime Achievement Award by the International Association of Engineering and Food.In 2008, Singh was elected to the US National Academy of Engineering "for innovation and leadership in food engineering research and education." 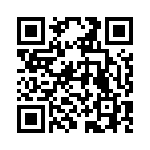