The central narrative of the novel is set in motion by the death of Radeechy, a civil servant who has apparently committed suicide in his office at work, but without leaving any suicide note. Since ... Read full review

Iris Murdoch (1919-1999) was born in Dublin and brought up in London. She studied philosophy at Cambridge and was a philosophy fellow at St. Anne's College for 20 years. She published her first novel in 1954 and was instantly recognized as a major talent. She went on to publish more than 26 novels, as well as works of philosophy, plays, and poetry. 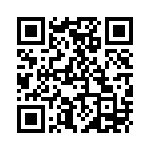