John Heskett's analysis of design as the result of social and economic influences has earned him an international reputation as an important commentator on design. He is the author of Industrial Design (Thames and Hudson, 1980; published in translation in Spain, the Netherlands, Italy, Brazil,and Japan) widely used as a basic textbook in design courses in many countries, and Philips: A Study of the Corporate Management of Design (Rizzoli, 1989). He has also contributed articles and essays to numerous magazines, anthologies and catalogues, and regularly writes for ID Magazine. In additionto writing and lecturing internationally on design, he has acted as consultant to governmental bodies and educational organizations in many countries. He is an executive consultant for the Hirano Design Group, a major Japanese consultancy, and visiting professor at Tama Art University in Tokyo. 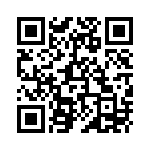