Addictive, as I'm finding the rest of Ngaio Marsh's repertoire to be, though this one had a bit of a bizarre ending. Marsh has a turn for memorable characters and even from the space of months since I ... Read full review

Hilary Bill-Tasman owns a large country estate which is staffed by ex-convicts. Alleyn's wife Troy has gone there to paint a portrait. Hilary's aunt and uncle and their servant, Hilary's fiancee, and ... Read full review

Ngaio Marsh was born on April 23, 1895 in Christchurch, New Zealand. She attended St. Mary's College and Canterbury University. She worked in the theater acting, producing, and even painting scenery. She was a partner in an interior decorating business in England from 1928 to 1932. She later returned to New Zealand and produced plays for a Shakespearean repertory company. She also worked with the Drama Department of Canterbury University. During World War II, she served in the New Zealand Red Cross Transport Unit. She traveled to England frequently and founded the British Commonwealth Theatre Company in 1949. Her first novel, A Man Lay Dead, was published in 1934. She wrote more than 40 books including the Roderick Alleyn Mysteries series and Black Beech and Honeydew. She also wrote theatrical and television plays. She was named to the Order of the British Empire in 1949 and was made Dame Commander of the Order of the British Empire in 1966. The Mystery Writers of America named her a Grand Master in 1977. She died on February 18, 1982 at the age of 82. 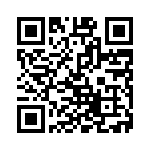