If you are or will be in a leadership position, you need to read this. And read it again. And again. The best empowerment and leadership book I've read to date (and I've read quite a lot on leadership ... Read full review

A very inspirational and practicable leadership guide. This was the one, that made me really want to follow. I've read a couple books on the leadership issue before. They're written by well-known ... Read full review

A top graduate of the U.S. Naval Academy, L. David Marquet commanded the nuclear-powered submarine USS Santa Fe from 1999-2001. Santa Fe earned numerous awards for being the most improved ship in the Pacific and the most combat-effective ship in the squadron. Since leaving the Navy he has worked with businesses nationwide as a leadership consultant. He also teaches graduate level leadership at Columbia University andis a life member of the Council on Foreign Relations. 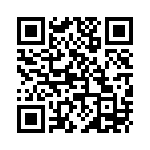