Lorenzo Pecchi is Managing Director at UniCredit Markets and Investment Banking Division and Adjunct Professor at the University of Rome Tor Vergata.

Gustavo Piga is Professor of Economics at the University of Rome Tor Vergata.

Edmund S. Phelps is McVickar Professor of Political Economy at Columbia University and founder of Columbia's Center on Capitalism and Society. He was the 2006 Nobel Laureate in Economics.

Benjamin M. Friedman is William Joseph Maier Professor of Political Economy at Harvard University and the author of The Moral Consequences of Economic Growth.

William J. Baumol is Professor of Economics at New York University and Director of the university's C. V. Starr Center for Applied Economics. 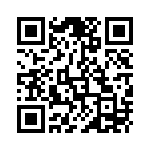