I really enjoy the subjects Dennett discusses on his books. However, after reading Consciousness Explained, I think Elbow Room didn't match my expectations in some way, despite being an interesting ... Read full review

The first decent moderrn philosophical support for free will. This is shorter and easier reading than his later book "Freedom Evolves". Read full review

Born in Boston in 1942, Daniel Clement Dennett explores the philosophical links between mind and brain. His first book, Content and Consciousness (1969) was one of the earliest to examine this issue. It is one that he expands on in his other books, including Consciousness Explained (1991), where he uses philosophical "materialism" to examine the link between mind and body. Dennett is a Distinguished Arts and Sciences Professor, a Professor of Philosophy and director of the Center for Cognitive Studies at Tufts University in Medford Mass. He is interested in the development of artificial intelligence, was the co-founder of the Curricular Software Studio at Tufts, and has aided in the design of computer exhibits at the Smithsonian Institution, the Museum of Science in Boston and the Computer Museum in Boston. 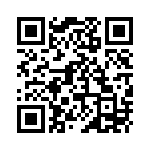