In The Language of New Media, Lev Manovich “uses the history and theory of cinema to map out the logic driving the technical and stylistic development of new media" (pg. 287). Manovich writes, “Just ... Read full review

Lev Manovich is Professor of Visual Arts, University of California, San Diego. His book The Language of New Media (MIT Press, 2001) has been hailed as "the most suggestive and broad ranging media history since Marshall McLuhan." 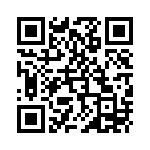