The theory of evolutionary psychology, which makes some unapologetic, politically incorrect assertions about human sexuality, has been taking a beating in both the popular and the scholarly press. In ... Read full review

Cheryl Brown Travis is Professor of Psychology and Chair of Women's Studies at the University of Tennessee, Knoxville. 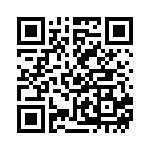