William C. Wohlforth is Associate Professor of Government at Dartmouth. He is the editor of Witnesses to the End of the Cold War (1996) and author of The Elusive Balance: Power and Perceptions During the Cold War (1993). 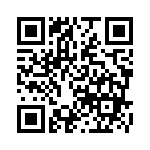