What was special about Koizumi's diplomacy? How was he able to by-pass the bureaucracies to create special hand-crafted (tezukuri) diplomacy? This book examines these questions. The book looks at how ... Read full review

Pasuk Phongpaichit is professor of economics at Chulalongkorn University, Bangkok. Chris Baker is a freelance writer. Together they are authors of Thailand’s Boom and Bust and several other works on modern Thailand. 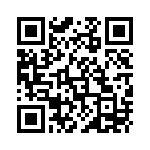