Ellen Lupton is Adjunct Curator at the Cooper-Hewitt National Design Museum and Co-Chair of the Design Department of the Maryland Institute College of Art. 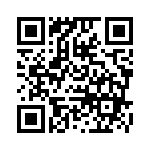