Earnest effort but ultimately disappointing. Cardboard characters and too much tell and not enough show. Read full review

enjoyed the story about cybersecurity just as I've enjoyed the utilities from the author for managing windows tasks. Read full review

MARK RUSSINOVICH works at Microsoft as a Technical Fellow, Microsoft's senior-most technical position. He joined the company when Microsoft acquired Winternals software, which he confounded in 1996. He is also author of the popular Sysinternals tools. He is coauthor of the Windows Internals book series, a contributing editor for Tech Net Magazine, and a senior contributing editor for Windows IT Pro Magazine. He lives in Washington State. 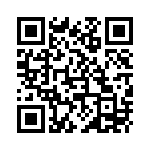