James W. Ermatinger, PhD, is professor and chair of the Department of History at Southeast Missouri State University. He is the author of Economic Reforms of Diocletian (1996), as well as other articles on late Roman history. 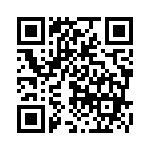