Les Miserables is the type of work that I never get tired of reading, even if there's been years since I've read it. I'm also a big fan of the play, which I got a chance to see years ago. Read full review

I didn't realize I was listening to the abridged version of the book until I saw that the page number was supposed to be over a thousand pages, which would have been impossible in a audiobook of 13 ... Read full review

Victor Hugo (1802-85), novelist, poet, playwright, and French national icon, is best known for two of today’s most popular world classics: Les Misérables and The Hunchback of Notre-Dame, as well as other works, including The Toilers of the Sea and The Man Who Laughs. Hugo was elected to the Académie Française in 1841. As a statesman, he was named a Peer of France in 1845. He served in France’s National Assemblies in the Second Republic formed after the 1848 revolution, and in 1851 went into self-imposed exile upon the ascendance of Napoleon III, who restored France’ s government to authoritarian rule. Hugo returned to France in 1870 after the proclamation of the Third Republic. 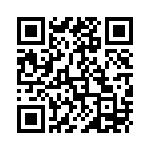