SOME DAYS YOU GET THE BEAR

Twenty-one stories by the winner of last year's Edgar for Best Novel (A Dance at the Slaughterhouse, 1981), demonstrating his versatility, productiveness, and growth as a writer. Though this is Block ... Read full review

Lawrence Block is one of the most widely recognized names in the mystery genre. He has been named a Grand Master of the Mystery Writers of America and is a four-time winner of the prestigious Edgar and Shamus Awards, as well as a recipient of prizes in France, Germany, and Japan. He received the Diamond Dagger from the British Crime Writers' Association—only the third American to be given this award. He is a prolific author, having written more than fifty books and numerous short stories, and is a devoted New Yorker and an enthusiastic global traveler. 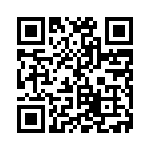