Eudora Welty was born in Jackson, Mississippi on April 13, 1909. She was educated at the Mississippi State College for Women in Columbus, Mississippi, and at the University of Wisconsin. She moved to New York in 1930 to study advertising at the Columbia University business school. After her father's death, she moved back to Jackson in 1931. She held various jobs on local newspapers and at a radio station before becoming a publicity agent for the Works Progress Administration (WPA), part of Franklin Roosevelt's New Deal program. Travelling through the state of Mississippi opened her eyes to the misery of the great depression and resulted in a series of photographs, which were exhibited in a one-women show in New York in 1936 and were eventually published as One Time, One Place: Mississippi in the Depression in 1971. She stopped working for the WPA in 1936. Her first stories, Magic and Death of a Travelling Salesman, were published in small magazines in 1936. Some of her better-known short stories are Why I Live at the P.O., Petrified Man, and A Worn Path. Her short story collections include A Curtain of Green, The Golden Apples, The Wide Net and Other Stories, and The Bride of Innisfallen and Other Stories. Her first novel, The Robber Bridegroom, was published in 1942. Her other novels include Delta Wedding, The Ponder Heart, Losing Battles, and The Optimist's Daughter, which won the Pulitzer Prize in 1972. She received the gold medal for fiction from the National Institute of Arts and Letters in 1972. Her nonfiction works include A Snapshot Album, The Eye of the Storm: Selected Essays and Reviews, and One Writer's Beginnings. She died from complications following pneumonia on July 23, 2001 at the age of 92. 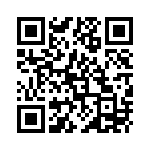