James F. Hollifield is Arnold Professor of International Political Economy and Director of the Tower Center for Political Studies at Southern Methodist University. 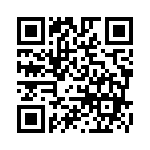