Abdus Salam received an M.A. in 1946 from Government College, Punjab University, in Lahore, where he later was a professor of mathematics. After receiving his Ph.D. from the Cavendish Laboratory in Cambridge in 1952, this Pakistani physicist went on to make significant contributions in the theory of particle physics, in particular, for his theory that unified the weak force and the electromagnetic force of nature. For this theory, Salam shared the 1979 Nobel Prize with Sheldon Lee Glashow and Steven Weinberg, although each researcher did his work independently. Salam was the first Pakistani to win a Nobel Prize. In 1964 Salam established the International Center for Theoretical Physicists in Trieste, Italy, to encourage scientists in emerging countries. Salam divides his time between the International Center and the Imperial College of Science and Technology in London, where he has been a professor since 1957. Salam also has promoted scientific training and research in developing countries. He has been active in UN and UNESCO committees and panels since the 1950s. 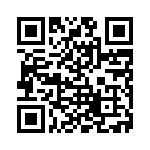