Edwin A. Abbott was born December 20, 1838. He attended City of London School and Cambridge, where he was an honor student in the classics. Following the career path of his father, Abbott was ordained an Anglican minister. Later he rejected a career as a clergyman and at the age of twenty-six, he returned to City of London School as Headmaster, a position he held for twenty-five years. Always curious about views from varying perspectives, he promoted a liberal attitude toward people of differing backgrounds. As president of the Teachers Training Society, for example, he lobbied for access to university education for women. He resigned as Headmaster at age fifty-three in protest of proposed changes to the mission of the school. Abbott wrote more than fifty books on widely different topics. He had published two series of his sermons while at Cambridge, a book on Shakespearean grammar, and accounts of his efforts to admit women to higher education. His most notable work is Flatland, written in 1884. Flatland is still widely read by both mathematicians and science-fiction readers because of its portrayal of the idea of higher dimensions. The narrator, a two-dimensional square called A Square happens into a three-dimensional world where he gains a wider vision into objects in his two-dimensional home. The book was a favorite with C. S. Lewis. Abbott died on October 12, 1926. 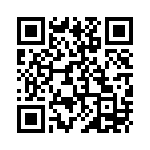