Underwood Dudley is Professor Emeritus of Mathematics at DePauw University.

Underwood Dudley: Cranking Out Classics
Any editor involved with publishing in mathematics for any length of time is familiar with the phenomena — the receipt, usually via snail mail, of generally handwritten, and generally interminable, really, really interminable, theses on some bizarre and unprovable point — theses hoping, trying against all hope, demanding in fact, to prove the unprovable, to rewrite some fundamental part of mathematics, often in my experience to demonstrate for one final time that, for example, Einstein didn't know what he was talking about — in short, the work of a mathematical crank!

Underwood Dudley (Woody to everyone in the math world), Professor Emeritus, Depauw University, provided an inestimable service to all math editors in the universe by demonstrating that they are not alone in their experience. His unique and wonderful book Mathematical Cranks (The Mathematics Association of America, 1992) is a readable feast, especially for those who have been on the receiving end of mathematical crank mail. We're all in Woody's debt for having assembled this collection of failed squared circles, angle trisections, and much, much more.

However, chronicling the cranks — as enjoyable as it may have been to the rest of us — is hardly a career, Woody has written many other books as well. And any reader who wants to check out a totally uncranky, reader- and student-friendly, time-tested basic text in Elementary Number Theory could hardly do better than to look at the Dover edition of Woody's book by that name, which started its career with Freeman in 1969 and which Dover was pleased to reprint in 2008. 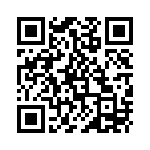