The printing is disappointing. In order to be able to include color diagrams, the book seems to have been laser-printed. Whatever the method used, it has resulted in the text itself being purple-fringed and blurry. What a waste. Read full review

He is Professor Emeritus in the Institute for Physical Science and Technology and the Department of Mathematics at the University of Maryland. From 1961 to 1986 he was a Mathematician at the National Bureau of Standards in Washington, D.C. Professor Olver has published 76 papers in refereed and leading mathematics journals, and he is the author of Asymptotics and Special Functions (1974). He has served as editor of SIAM Journal on Numerical Analysis, SIAM Journal on Mathematical Analysis, Mathematics of Computation, Methods and Applications of Analysis, and the NBS Journal of Research.
He leads the Mathematical Software Group in the Mathematical and Computational Sciences Division of NIST. In his capacity as General Editor of the Digital Library of Mathematical Functions Project, he has performed most of the administrative functions associated with the project as well as contributing technically. He is an active member of the SIAM Activity Group on Orthogonal Polynomials and Special Functions, having served two terms as chair, one as vice-chair, and currently as secretary. He has been an editor of Mathematics of Computation and the NIST Journal of Research.
He leads the Mathematical and Computational Sciences Division of the Information Technology Laboratory at NIST. He received his Ph.D. in computer science from Purdue University in 1979 and has been at NIST since then. He has served as editor-in-chief of the ACM Transactions on Mathematical Software. He is currently co-chair of the Publications Board of the Association for Computing Machinery (ACM) and chair of the International Federation for Information Processing (IFIP) Working Group 2.5 (Numerical Software).
He received his Ph.D. in physics from the University of Chicago in 1979. He is a member of the U.S. Senior Executive Service and is Chief of the Electron and Optical Physics Division and acting Group Leader of the NIST Synchrotron Ultraviolet Radiation Facility (SURF III). Clark serves as Program Manager for Atomic and Molecular Physics at the U.S. Office of Naval Research and is a Fellow of the Joint Quantum Institute of NIST and the University of Maryland at College Park and a Visiting Professor at the National University of Singapore. 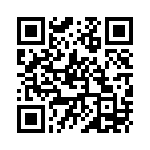