"Fourteen All-New Adventures of the Caped Crusader" Well, new thirty years ago! :-) Joe Lansdale’s “Subway Jack” featuring the God of the Razor is far and away the best story in this collection! GOTR ... Read full review

It's been years since I read this, but I remember the stories being pretty good (and I wasn't even a Batman fan yet x3) Read full review 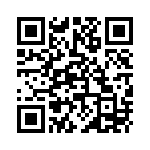